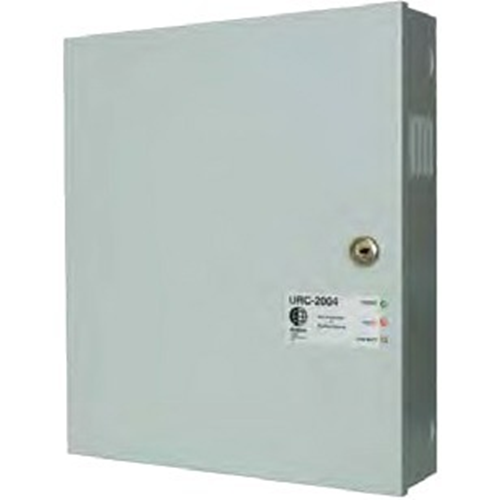 The URC-2004 Universal Reader Controller allows control of four access control points (doors). It utilizes flash firmware for easy upgrades, and employs fully distributed intelligence for off-line operations. Decisions such as access level changes, schedule activation and card expiration are made by the URC-2004 controller without the need of a computer.

The panel contains on-board clock and memory backup as well as thermal overload protection. URC-2004 supports fully supervised communication via RS-485 and TCP/IP with selectable communication speed up to 56.6Kbps.

Connect to the Integra32 Server PC via LIF-200 TCP/IP Gateway or directly via a USB/RS485 converter, for a total of up to 8 panels per controller network.

The URC-2004 Universal Reader Controller includes a lockable metal enclosure and a built in 2A 12VDC power supply. Also available as a convenient KIT.